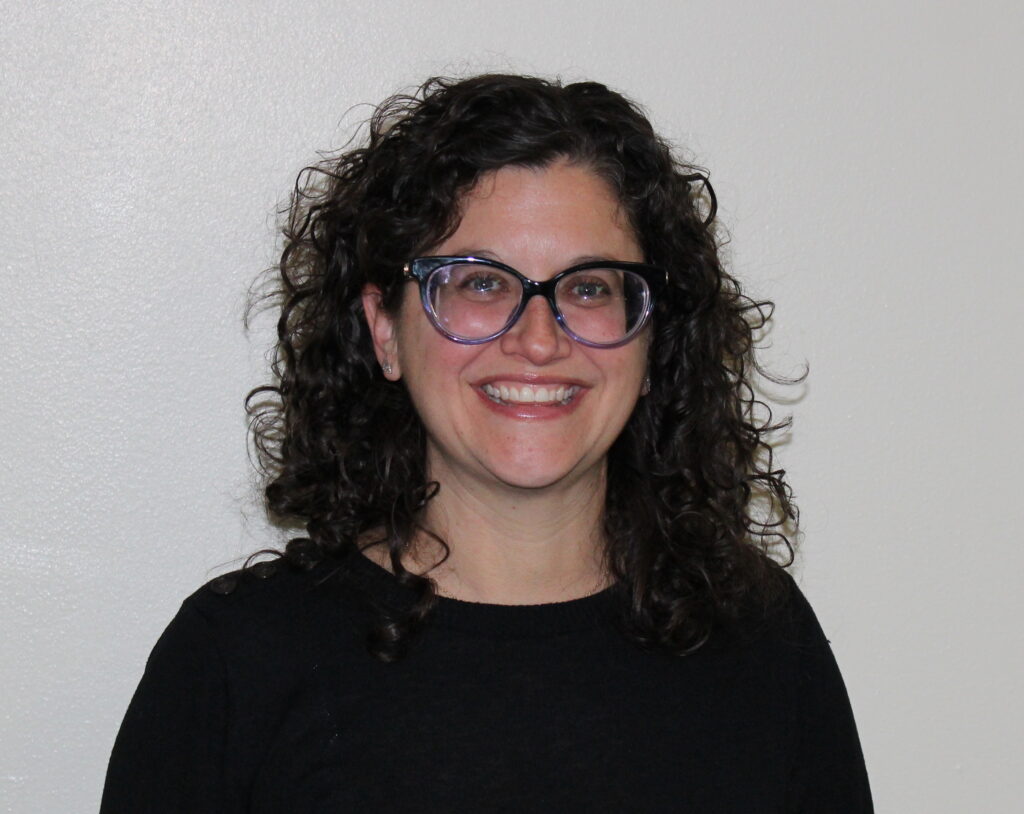 Shellie joined the staff of Wesley-Rankin Community Center in 2010. Prior to serving as Executive Director, Shellie held the positions of Director of Children’s Education and Senior Director of Education. She holds a Bachelor of English from The University of Mississippi and a Master of Divinity from Southern Methodist University, Perkins School of Theology. While at Perkins, Shellie received the B'nai B'rith Award in Social Ethics. Shellie has experience in youth ministry and has taught with the Missional Wisdom Foundation. In addition, she is a member of the Leadership ISD Class of 2017 and a current participant in Texas Methodist Foundation’s Courageous Leadership Imperative. 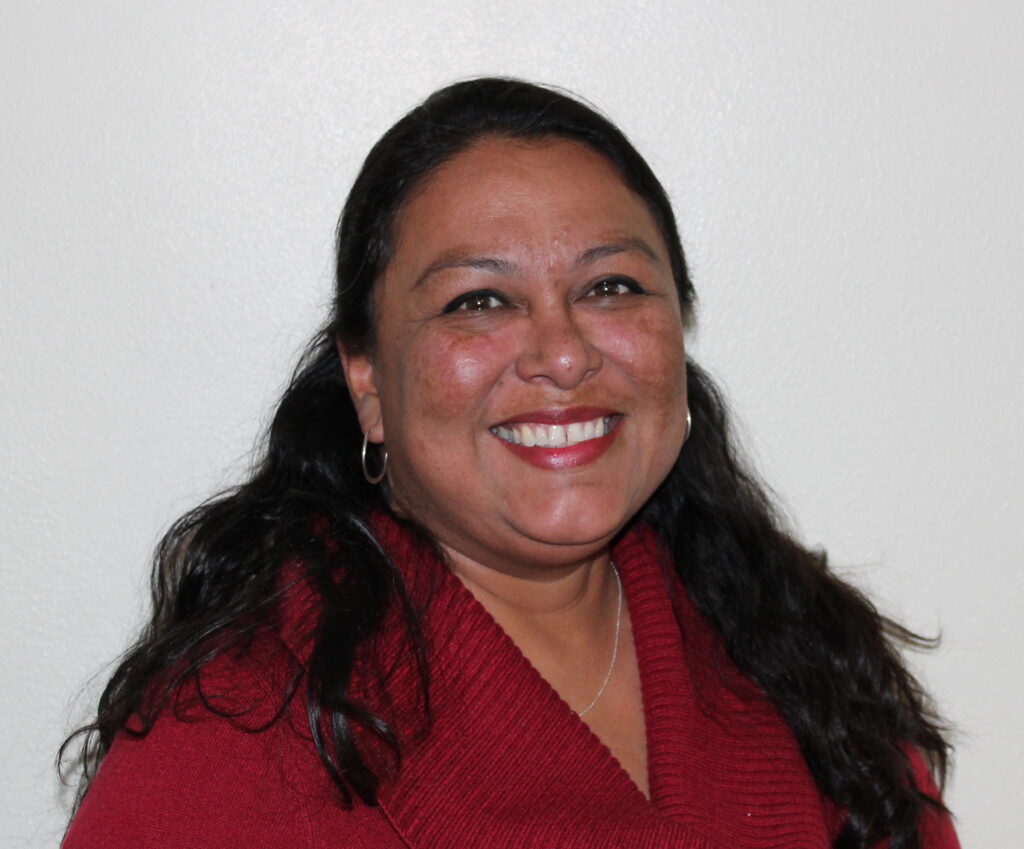 Tina Mendez joined the staff of Wesley-Rankin in 2017. Tina has experience in office management, business operations and has served as a bilingual educator in DISD schools. She holds several certificates, one of which is a Community Health Worker certification. Tina has a heart for learning and educating others. 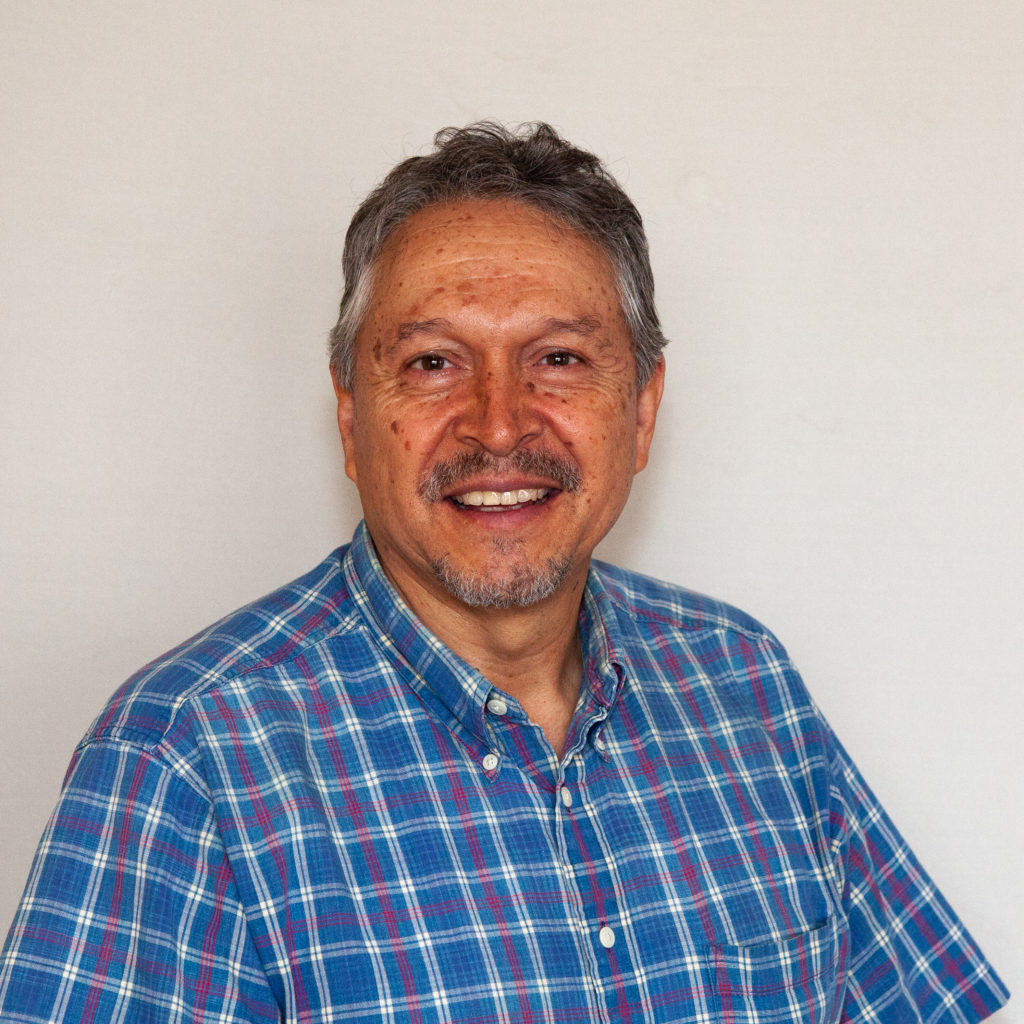 George joined the Wesley-Rankin team in 2016. George wears many hats at the Center, from driving the seniors to installing ceiling tiles. He finds great joy in building relationships with those who gather here. If you ever need a smile, a conversation about the Dallas Cowboys or to be immersed in kindness, George is your contact. 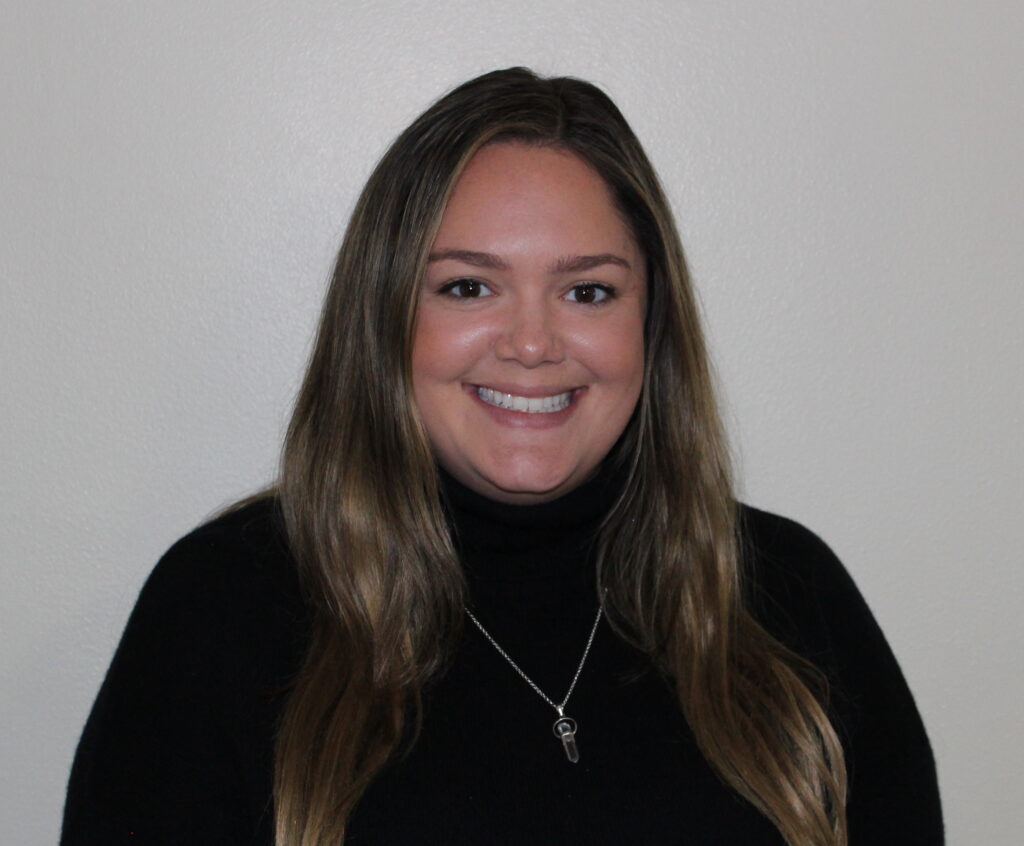 Natalie joined the staff first as a summer intern in both 2013 and 2014. Natalie quickly fell in love with the children and families of West Dallas. She continued to stay connected as she finished her Bachelor degree from the University of San Diego in Sociology, with a concentration in Community, Urbanization, and Culture. In addition, Natalie holds a National Certification in Nonprofit Management. She is a graduate of the Hockaday School in Dallas and considers this great city her home. 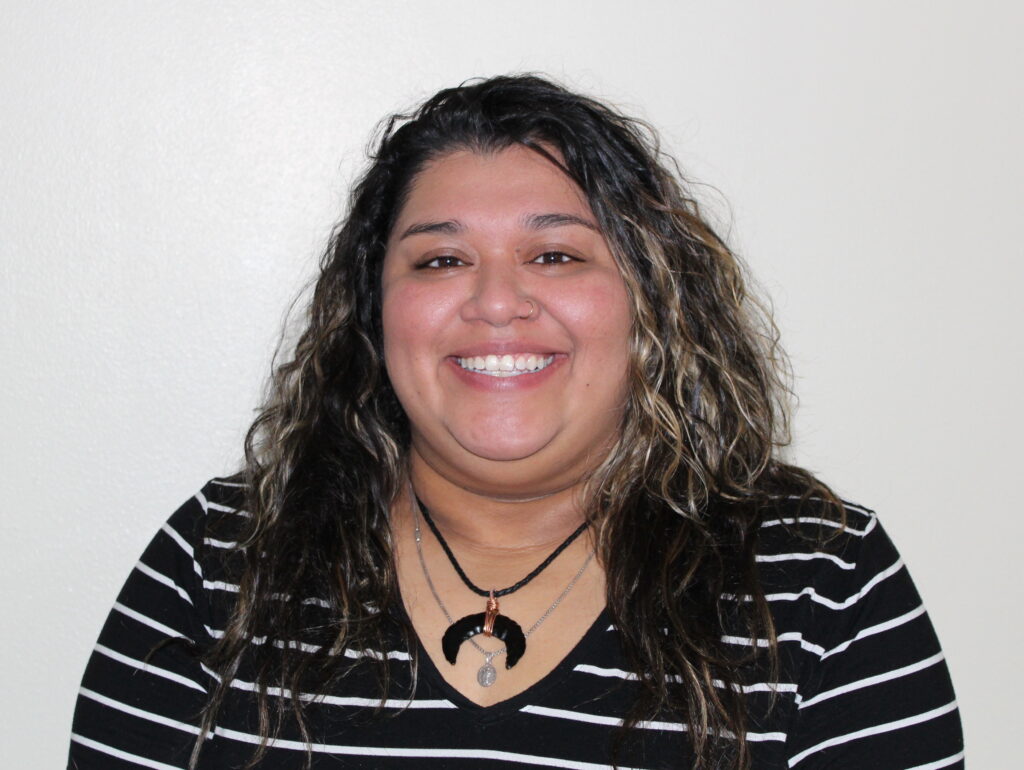 Director of Children’s and Youth Education

Jackie was born in Dallas and was raised in Royse City, Texas.   Growing up she attended afterschool and summer programs which heavily influenced her to work and serve students while in high school and in college.  She went on and received her bachelor’s degree from Texas Tech University.  Since graduating in 2013, she has worked for independent school districts in the aspects of teaching, mentoring and afterschool coordinating.  She is excited to have been given the opportunity to be a part of the West Dallas community and the staff at Wesley-Rankin. 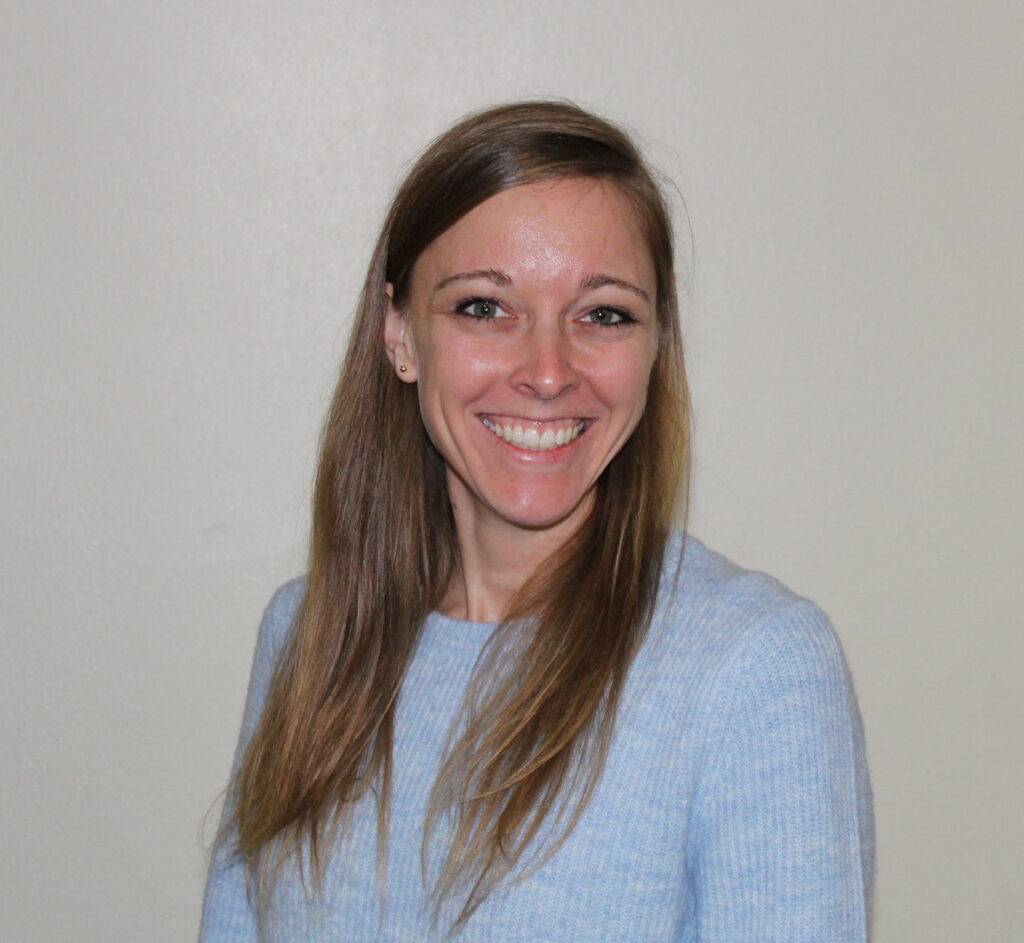 Rachel has been serving in West Dallas through volunteer efforts and other non-profit roles since 2011.  She loves this community and the many friends here who have shaped and changed her life for the better.  A Wisconsin native, she graduated from Wheaton College (IL) with a degree in Anthropology and a minor in Spanish.  After more than a decade of youth ministry experience, she is excited to join the team at Wesley-Rankin and the local community leaders to help create opportunities for thriving. 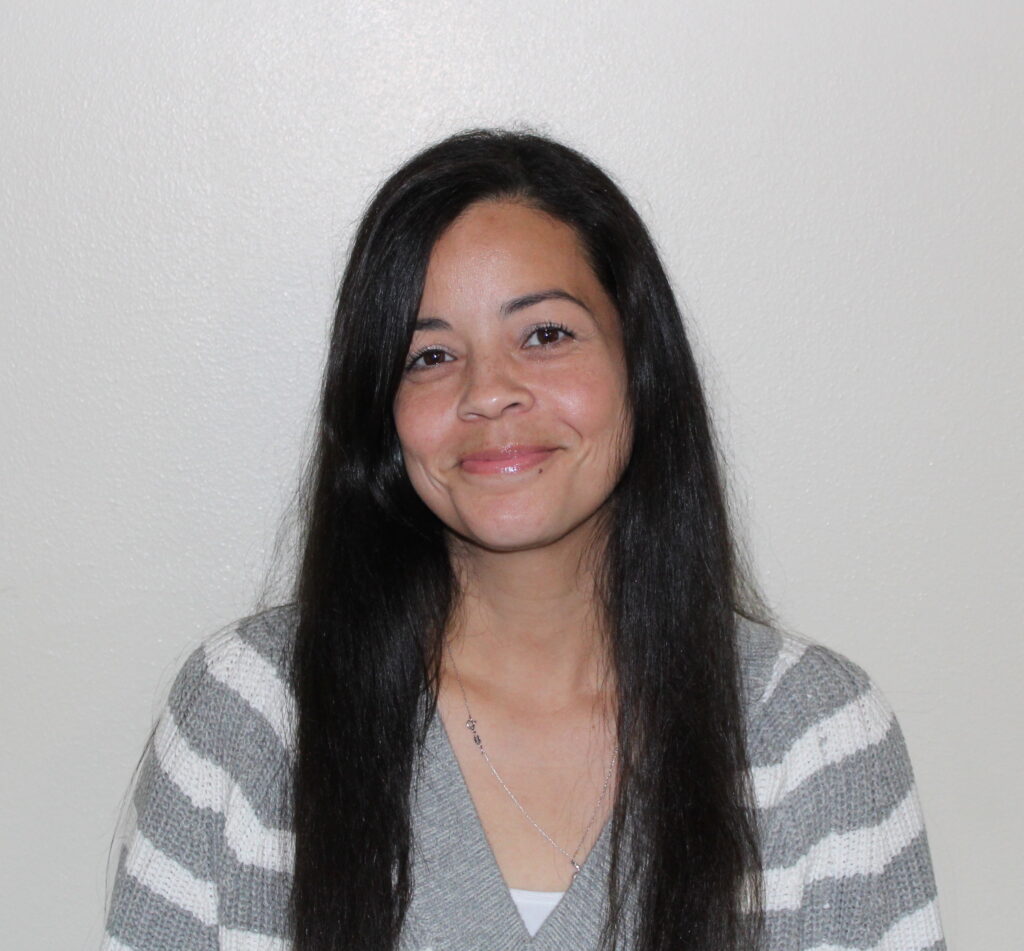 Being born and raised in the Bronx, New York gave Liza a passion to work with children. During her internship at Bronx Community College, she was assigned to work for the Department of Homeless Services Tier Two Family Shelter. Upon graduation, she was offered a position as Youth Counselor at the Shelter. 15 years later she became the Youth Coordinator. Working with children inspired her to obtain her bachelor’s degree and to continue supporting the families and children in their emotional development and education. She is excited to bring her experience and expertise to Wesley-Rankin’s youth programs! 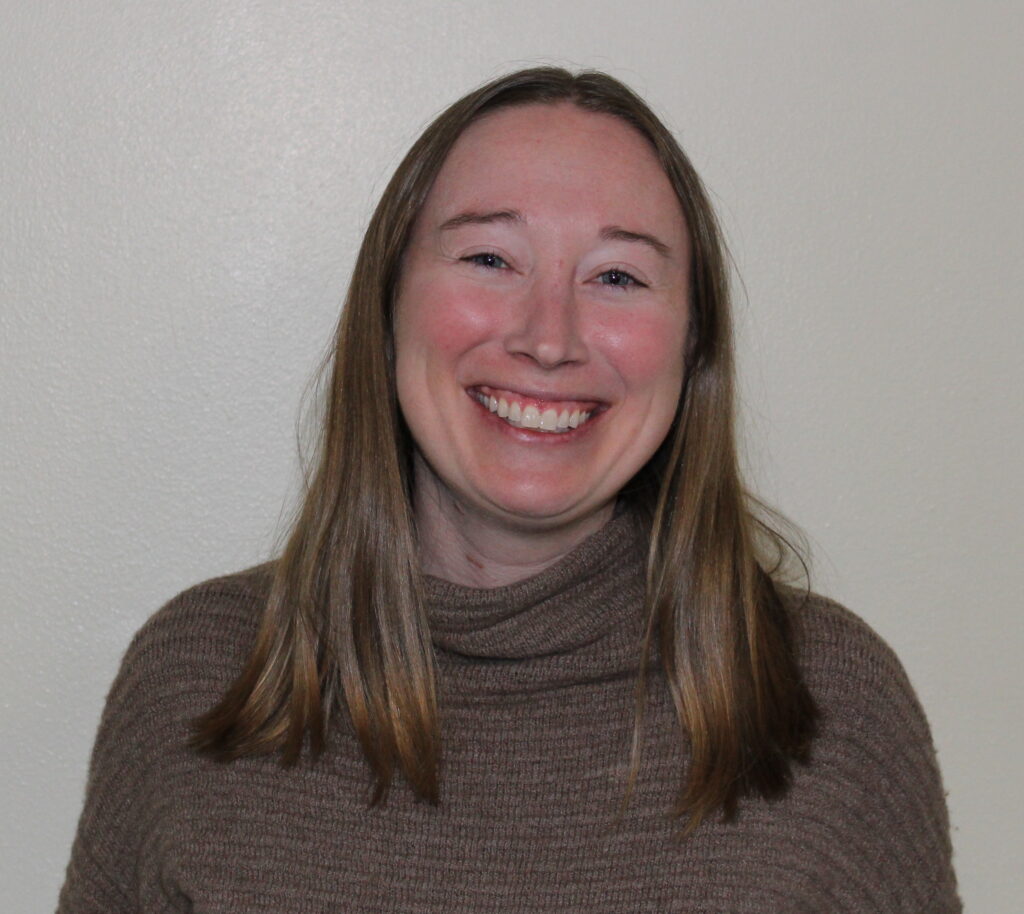 Julia was born and raised in Dallas and holds a Bachelor’s of Science in Biology from Southwestern University. Prior to Wesley-Rankin she worked at Heart House, serving the refugee community of Dallas in the after-school space. She is passionate about building relationships, working with, and learning from diverse communities. She is thrilled to be serving the West Dallas community alongside Wesley-Rankin. 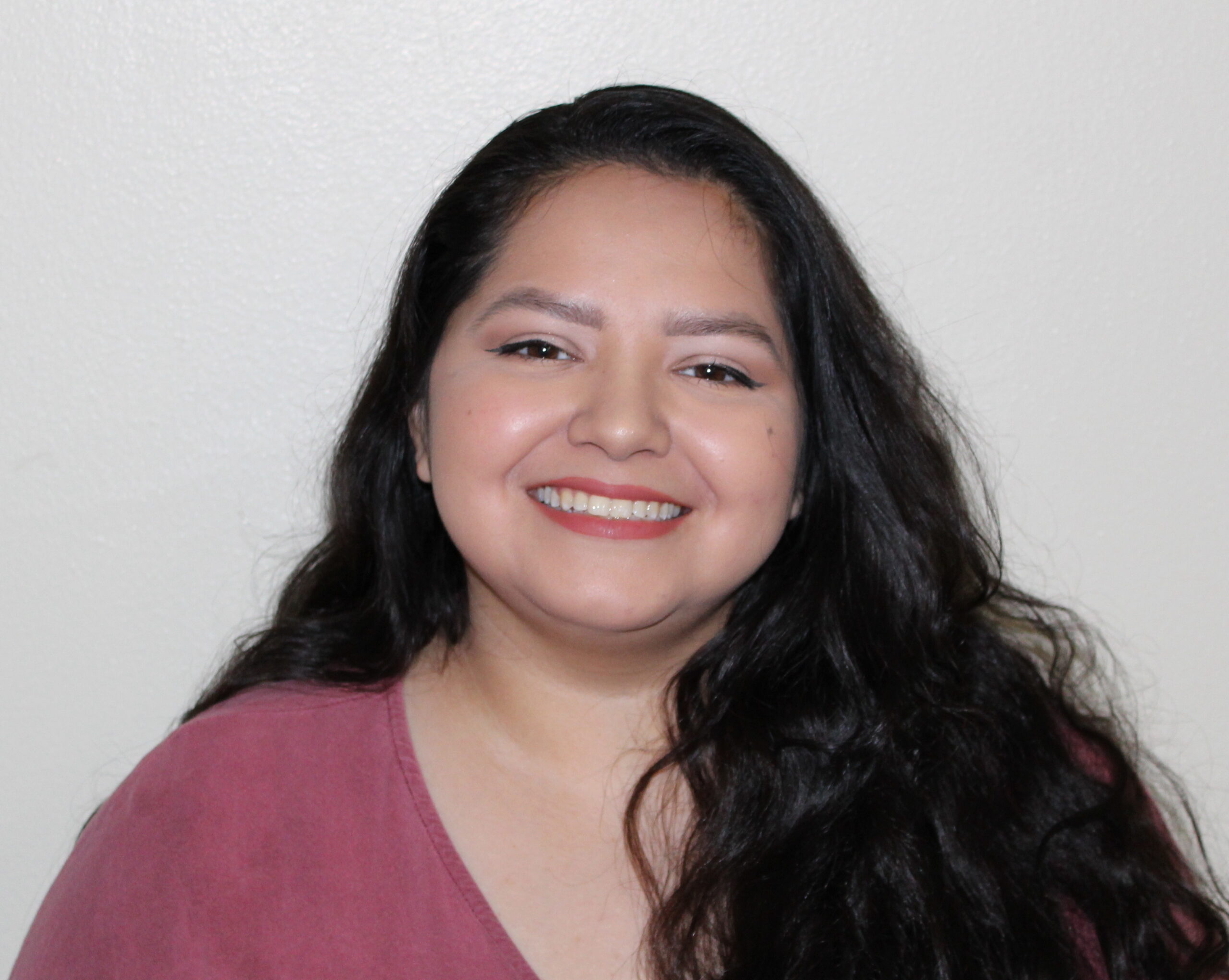 Ale grew up in West Dallas and Wesley-Rankin's programming. Wesley-Rankin has proved to have a big impact on her life, as she has been part of this particular community through Head Start, summer programs, Wesley-Rankin Teen Board, served through AmeriCorps, and joined WRCC staff in 2020. Ale has also been dedicated to serving West Dallas through volunteer work with kids at Our Lady of San Juan de Los Lagos - Santa Teresita Catholic Church, Trinity River Mission, and Wesley-Rankin which has driven her to help youth across West Dallas through the power of education.  She holds a Bachelor of Arts in Spanish and Hispanic Studies from Earlham College (IN). Ale had the chance to study abroad in Granada, Spain, and brings what she learned: her passion for the intersectionality of language, culture, identity, and community to Wesley-Rankin. 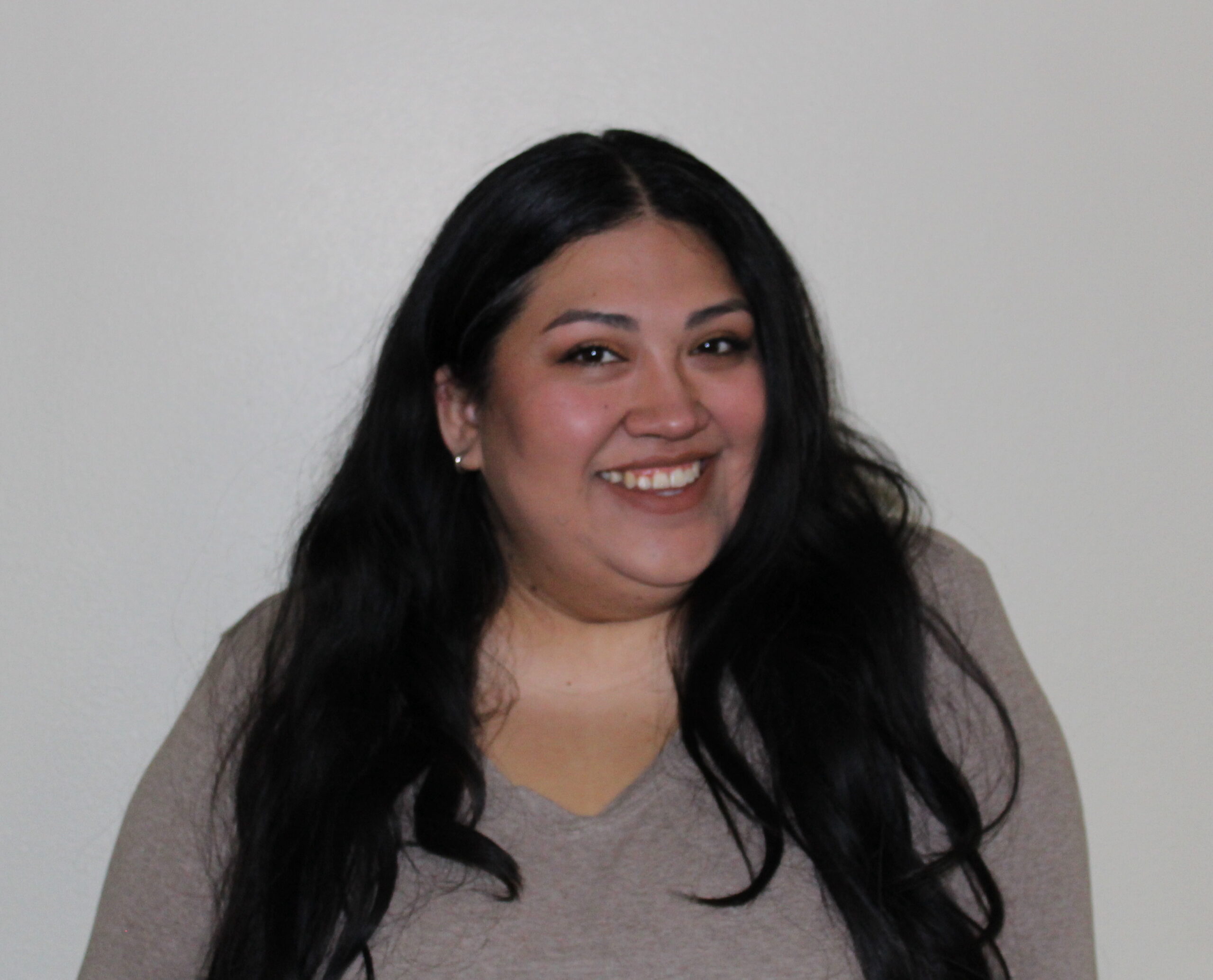 Born in Mexico, Ixchel is a Dreamer and strong advocate for immigrants’ rights. Ixchel has strengths in bilingual administration and hospitality and has a passion for education. The community of Wesley-Rankin reminds Ixchel of her own neighborhood and upbringing and to serve on our campus, offers her a sense of giving back. Whether Ixchel is translating or leading students in a reading lesson, she finds Wesley-Rankin as a place of home and loves being a part of the team. 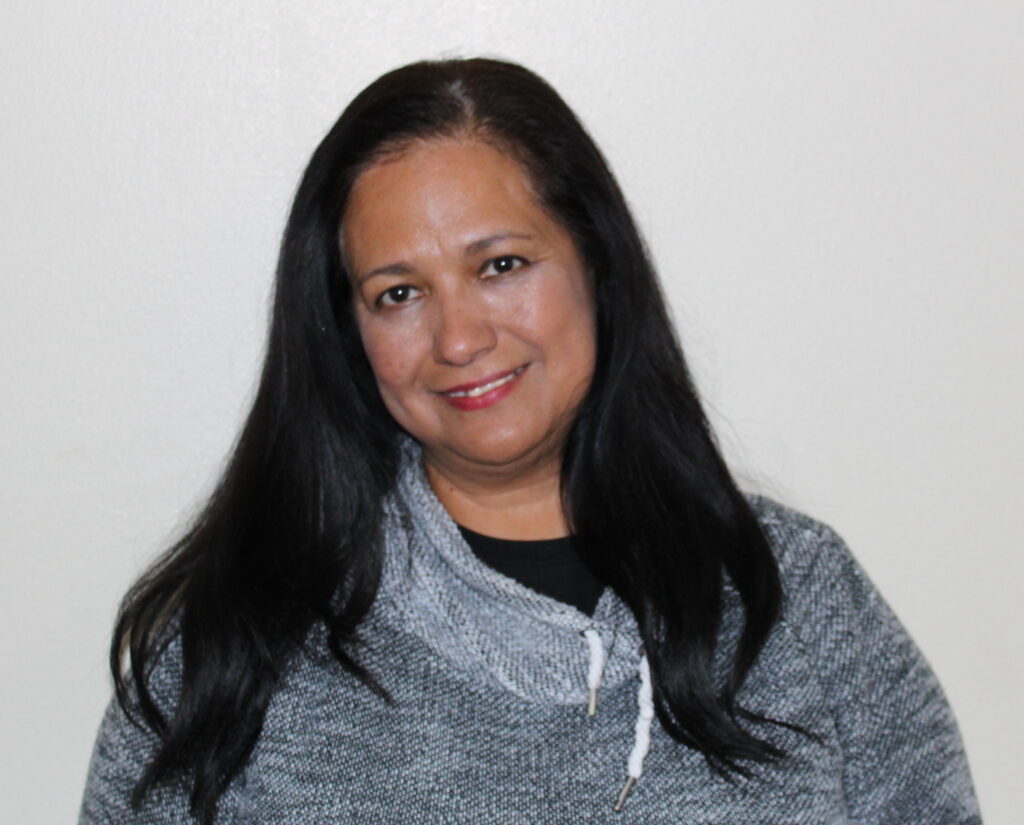 Elizabeth joined the staff of Wesley-Rankin in January 2018. Having knowledge of the nutrition needs for senior adults and the creative skills to meet those needs, Elizabeth brings much life and health to the senior program on campus. She can often be found baking sugar free items in the kitchen and participating in the daily activities of the program such as dancing and art. Elizabeth is a former member of the Leadership Council at Wesley-Rankin. 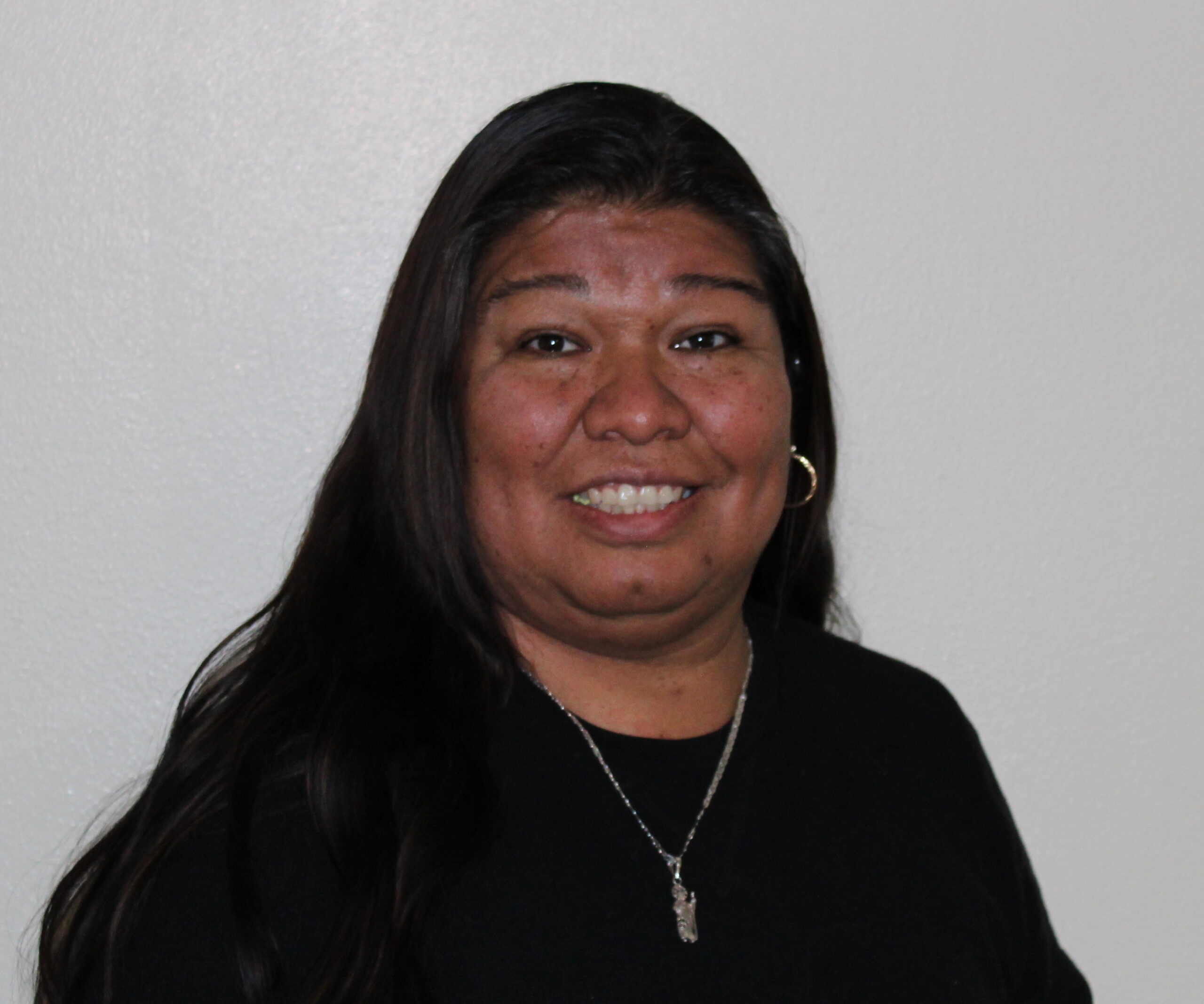 Maria was born in Mexico and immigrated to the U.S. at 16 years of age. Since then, she has been a longtime resident of West Dallas. She is a former student of W. H. Adamson High School and now enjoys spending time with her husband and three children. In 2014, Maria was a member of the Wesley-Rankin Leadership Council, learning specifically about school advocacy, and her children have attended Wesley-Rankin since 2005, participating in Head Start, Afterschool and summer camp programs. In addition, she volunteered with the senior program and served as a substitute van driver before joining the staff. According to Maria, “Wesley-Rankin has been of tremendous impact not only for my family but for my personal development as well.” 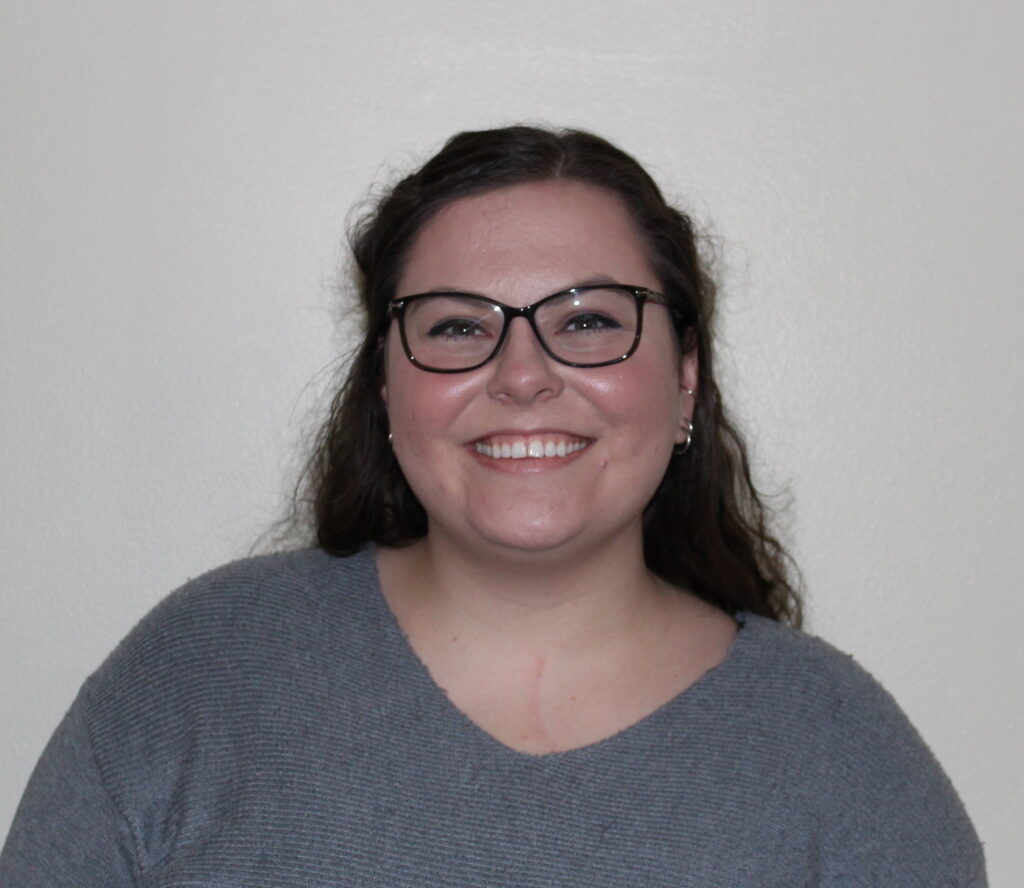 Becky served as an Afterschool volunteer after moving to Dallas in February 2020. Her experiences as a volunteer in the pandemic cultivated a passion for fostering community and relationships between Wesley-Rankin’s volunteers and the West Dallas community. Becky has a double major in Spanish and Philosophy and Religion from the University of Tennessee at Chattanooga and a Master of Divinity degree from Southern Methodist University, Perkins School of Theology. 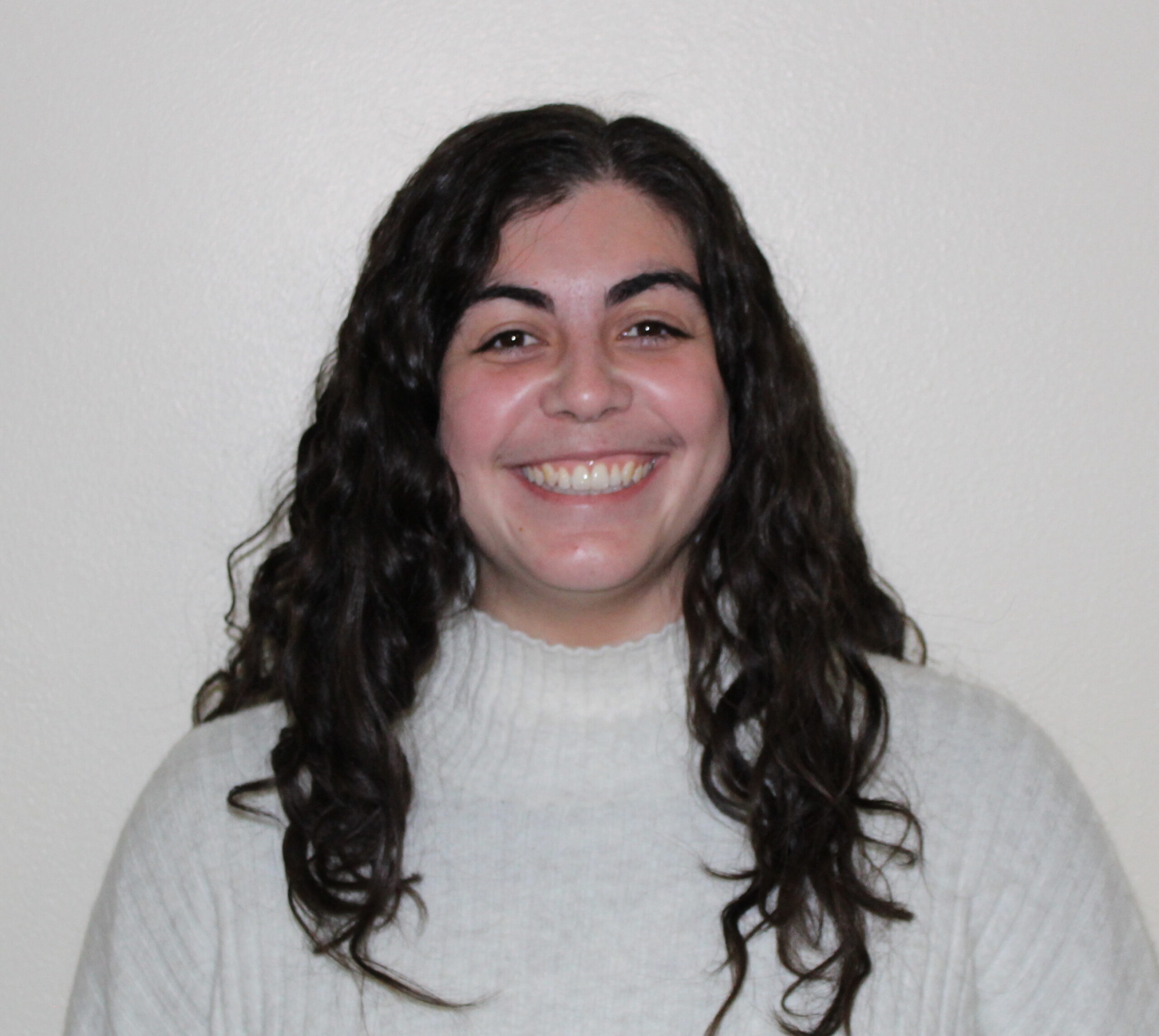 Aimee was born and raised in the panhandle of Florida and moved to Dallas in 2019 to earn a Master of Divinity from SMU, Perkins School of Theology. In addition, Aimee earned degrees in Accounting and Spanish with an international business concentration from Mississippi State University. Aimee has always had a passion for organizations that helped build up their communities and is excited to be working in West Dallas.  When not at Wesley-Rankin, you are likely to find Aimee with her nose in a book or playing with her dog.

WANT TO WORK WITH US?

This site is registered on wpml.org as a development site.